How to Measure Radiation? 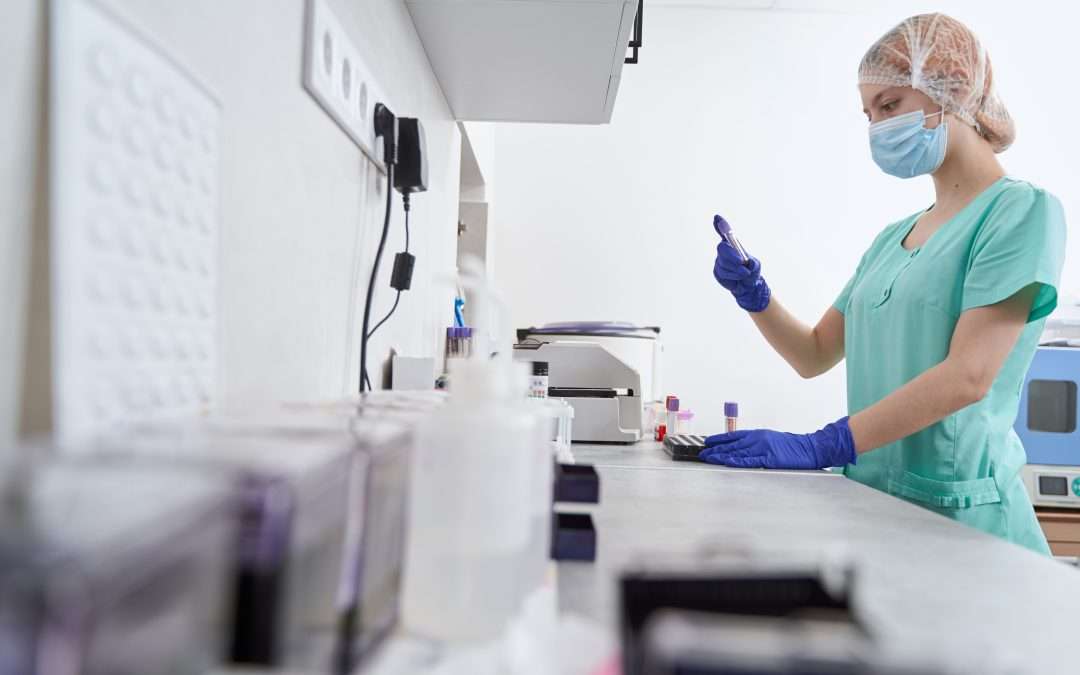 How to measure radiation?

How to measure radiation? Detecting radiation is essential but impossible with human senses. Therefore, a radiation detection device is required. Various instruments are available that detect and measure the presence of radiation. Radiationsafety.com  dosimeter badges and rings can be found in hospitals, laboratories, manufacturing plants, medical offices, government facilities, etc. Continue to read and learn more about how radiation measurements happen.

Liquid Scintillation Counters are standard laboratory instruments that quantify the radioactivity of low energy radioscopes. These counters use specific cocktails of a sample and liquid scintillator fluid to absorb the energy emitted from isotopes and transmit it to pulses of light. Low background counts are achieved with these devices through the use of shielding, cooling of photomultiplier tubes, energy discrimination, and the coincidence counting approach. Units have the capability to acquire, store and reduce the capacity of data automatically.

Proportional Counters are also known as proportional detectors, which detect gaseous ionizing radiation. The detector is so named because of its ability to measure the energy of incident radiation by producing a proportional output pulse to the radiation energy absorbed by the detector. Proportional counters may or may not be equipped with a window and are sensitive enough to distinguish between alpha and beta radiation and achieve low minimum detectable activities.

Multichannel Analyzer System is a powerful laboratory radiation detection instrument that counts solid or liquid matrix samples and other extracted radioactive samples. These units, either constructed with a sodium iodide crystal and photomultiplier tube, a solid-state germanium detector, or a silicon-type detector, are mostly used to detect gamma radiation. The exception is silicon-type detectors that can also detect alpha radiation. Units have the capability to acquire, store and reduce the capacity of data automatically, similar to liquid scintillation counters. .

Geiger Counters are the most common handheld radiation detection devices. They are composed of a Geiger-Mueller (GM) tube or probe filled with gas, which produces an electrical pulse if radiation reacts with the gas in the tube or the wall when a high voltage is applied. That electrical pulse can be read on the instrument meter through an audible click or display. If the instrument has a speaker, the pulses also give an audible click. GM tubes can also be employed for exposure measurements, but are most commonly utilized with handheld radiation survey instruments for contamination measurements, and in some cases will also accommodate other radiation-detection probes like a zinc sulfide scintillator probe.

Portable Multichannel Analyzers are affordable and increasingly common devices consisting of a photomultiplier tube coupled with a sodium iodide crystal and outfitted with a small multichannel analyzer electronics package. When radiation sources are unknown, these handheld devices can detect the type of radioactivity when employing automatic gamma-ray energy identification procedures and gamma-ray data libraries.

Micrometers with sodium iodide scintillation detectors are handheld radiation detection devices outfitted with a solid crystal of sodium iodide that creates a pulse of light when radiation interacts with it. A photomultiplier tube converts the pulse of light, proportional to the amount of light and the energy deposited in the crystal, to an electrical signal, which can be read on the instrument display. In some devices, special types of plastic or other inert crystal “scintillator” materials can also replace the use of sodium iodide.

Ionization (Ion) Chambers are devices with an inner wall and central anode that are electrically conductive and relatively low applied voltage compared to other devices. An electrometer circuit displays a small electrical current when x-ray or gamma radiation interactions occur in the chamber wall and create primary ion pairs in the air volume. Most ionization chambers must be calibrated to a traceable radiation source and corrected to accommodate changes in pressure and temperature in a room, as they are “open air.” In that most ion chambers are “open air,” they must be corrected for changes in temperature and pressure.

Radon Detectors are instruments that utilize different techniques to accommodate a variety of situations, the advantages and disadvantages of which ought to be considered prior to use. Air filters can collect radon decay products. Charcoal canisters can be exposed for several days and gamma spectroscopy is performed.  CR-39 plastic can also be exposed for a long period of time followed by chemical etching and alpha track counting. These devices can be used in the home.

Neutron REM Meter, with Proportional Counter, is a handheld device that is similar to the GM tube but contains a gas-filled boron trifluoride or helium-3 proportional counter tube. It reads an electrical pulse created by ionization in the gas and charged particles when a high voltage is applied. Neutron radiation interacts with the gas in the tube to create the electrical pulse. A downside of these proportional counters, which measure neutrons, is that they require a substantial amount of hydrogenous material around them to slow the neutron to thermal energies.

Radiationsafety.com has radiation detection badges that are optically stimulated luminescence (OSL) dosimeter badges, which are the industry standard used by the government, hospitals, labs, and companies worldwide. These small and discrete devices can be worn on your lapel and are designed to detect X, gamma, beta and some include neutron radiation. OSL dosimeters utilize aluminum oxide (AI203) to absorb and release X-ray energy to precisely measure the dose of radiation received. OSL dosimeters are most beneficial for employees who work in environments where radiation is present. OSL is considered the industry standard for dosimeter badges.

These badges are also worn by women who are pregnant. Instead of the badge being worn on the collar or lapel, the badge is put directly over the fetus and keeps track of the radiation exposure. Check your local state laws. In some states, it is a requirement for women who are pregnant to wear a fetal monitor.  Fetal monitors are worn daily and need to be sent to the lab on a monthly basis.

Other worn instruments are radiation monitoring rings. These dosimeter rings pick up radiation exposure to the hand from various tasks associated with radiology (including but not limited to NOMAD devices), security, mail processing, and other areas where radiation is being emitted.

Whether you need an OSL XBG whole-body radiation badge, a fetal monitor, or a TLD ring radiationsafety.com can help you save time, save money and protect your employees with industry-standard radiation monitoring?